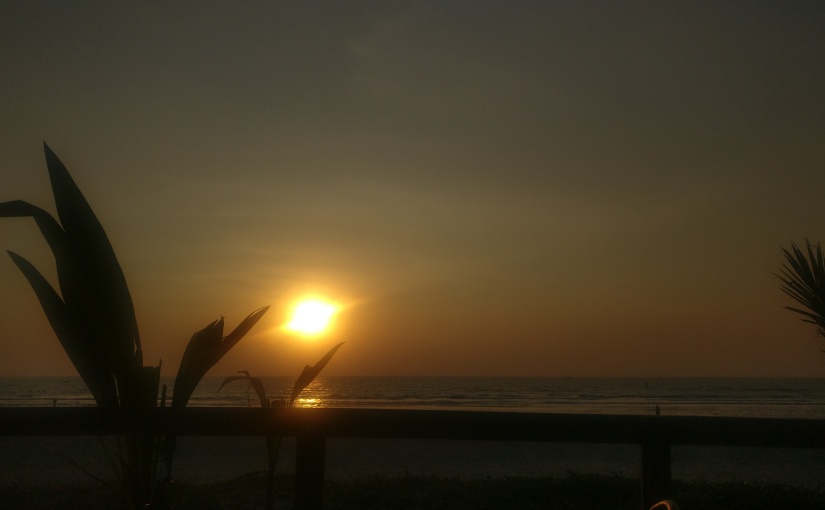 The first question the world asked me when I told them that I was going alone was why. Why did I even have to go alone? I gave them a number of reasons like nobody was willing to go with me and that I didn’t want to end my trip just because I was alone. But post the trip, I think that was not the entire reason. I actually wanted to go on a solo trip. Not because I wanted to explore my life, contemplate, figure out my issues, to get over a breakup, not any of those reasons. I just wanted to understand what all the hype surrounding a solo trip is about. Why is our generation so hell bent on going on solo trips, why is it something that everyone should do once in their lifetime? Well, I would say that I got some answers. Let me tell them to you along with the story of my trip.

I was so nervous in the beginning, that boarding a flight from Hyderabad seemed impossible. Every small discomfort used to scare me. And then when I finally made it to Goa, I got to know that there was a big taxi strike going on, making commute very difficult. And I had booked my resort on a very offbeat beach, which was going to take some good amount of traveling and effort. After hiring a taxi which charged me double the money and left me somewhere near Margao and then getting an auto from there, that left me 1 km away from my resort, I finally made it there. It was called Majestic Beach resorts, situated on Varca beach. The resort was good. There were small huts instead of rooms, with a small garden in front of every hut. The ambience was amazing. There was also a private entrance to the beach from the resort.

I spent an entire day just lying on that beach, reading a book, sipping wine, eating, listening to songs and just enjoying the view. There were times when I craved to talk to somebody and that’s why I was on my phone for a large amount of time.

I did not interact with a lot of new people, I did not make everlasting friends, I did not go to unexplored places in the city, nor did I find the meaning of life. And I would say that these things are overrated in a solo trip. But I did do whatever I wanted to do the entire time. Every small detail of the trip was defined by me and me alone. And it felt good.

I have been an indecisive person my entire life and so living on the edge and taking impulsive decisions on my own regarding what I wanted to do the very next moment was exciting. Solo trips can be a really healthy exercise for indecisive people like me because you have to take some decisions all the time, and you don’t have anyone to discuss them with. You just have to trust your judgement and do what you want. You learn how to figure out what you want, how to decide.

It did get a little boring occasionally, because there was a lot of time on hand, with very less things to do, and not many people around to talk to. Intoxication was out of question. I did pass my time by just walking, looking at the sunset, eating, watching television, reading as well. It was a little strange in the beginning, to roam around in a new city on your own, but you get used to that after sometime.

Solo trips are not meant to change you, but just to teach you that you can take care of your problems on your own, that you can have your meals all alone, that you can probably deal with anything all alone. And I think that is how it changes people, or brings a difference in their lives, because you finally realize that you can live alone after all, you don’t need to depend on anyone for anything, just be nice to people in case you need their help 😛

4 thoughts on “My First Solo Trip”